A modern museum and tourist centre, the Park of Military History takes you on a journey into the exciting recent past. Extensive collections of light and heavy weapons from the Second World War and post-war Yugoslavia are complemented by an interesting exhibition about the formation of Slovenia and the war for its independence in 1991. And an exciting bonus feature: in this largest museum complex in Slovenia, you will be able to enter a real military submarine.

Along the Circular Trail of Military History

This exciting trail takes you from the rich collection of tanks and guns into the commando submarine, an underground fortification and past the energetic spots along the trail of historical battles.

The trail starts in the Park of Military History, a museum and tourist centre which offers a unique insight into the rich military history heritage of Slovenia with a special emphasis on the war and defence of Slovenian independence in 1991. The collection of tanks, guns and armoured vehicles is complemented by multiple exhibitions, while the biggest attention-grabbers are the P-913 Zeta submarine, which we will also explore on the inside, and the German military steam locomotive 33-110, which is the largest and heaviest exhibit in the Park.

From the Park, the trail's short uphill section takes you to the former military range on Kota 110 (613 m), where a system of trenches and an artificial cavern were built during the First World War with the intention of training units that were getting ready to enter the fight on the Isonzo Front.

From Kota 110, an old military road takes you to the top of Primož Hill (718 m), where you will find a mighty gun fortification of the Alpine Wall built by the Italians between the First and the Second World War. The fortification includes 500 metres of underground tunnels, where you will see the remains of former gun emplacements, ammunitions storage and living quarters. Extending around the top of Primož Hill, there are many powerful energetic spots, which are very appealing to visitors.

From Primož Hill, the trail descends into the Dule Valley where, according to local folklore, a Roman road once ran and here we begin the gentle climb to Šilentabor (715 m). From the top, where the largest fortification in Slovenia once stood during the time of the Turkish invasions, we will take in the beautiful views of the surrounding area.

From Šilentabor, the trail descends towards the tourist village of Narin, where we make a short stop to recharge our batteries and enjoy some delicious homemade food at a farm stay before returning to the Park. 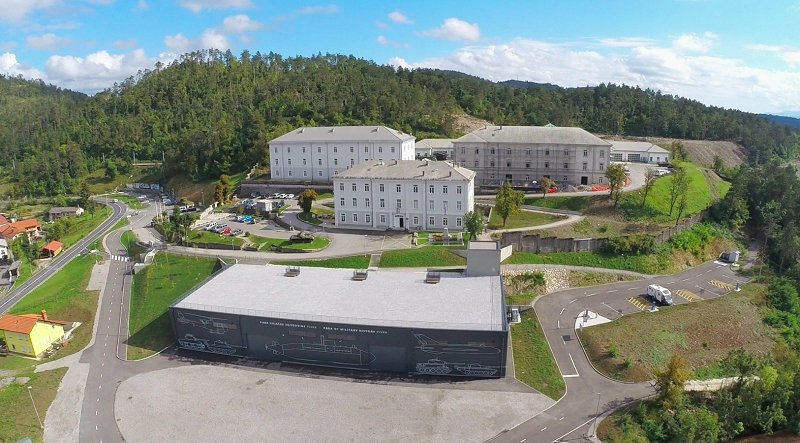 Tour of the submarine's interior