The Green Karst is the land of Martin Krpan, one of the most famous Slovenian literary heroes. A rebel at his own right, he was involved in the business of transporting of salt, which was at the time forbidden. He astounded the Emperor and the Empress with his cleverness and resourcefulness, using his physical strength to defeat the mighty Brdavs and save the empire from Turkish invasion.

The Great Krpan Trail was named after Martin Krpan. The 110-kilometer-long circular trail runs through the entire Primorsko-notranjska region. It is an adventure that lasts multiple days, perfect for everyone who loves outdoor activities in unspoiled nature, among natural and cultural sights. It takes you past the intermittent lakes, karst caves, castle ruins and preserved mansions. You can admire the colorful flora on the trail through the woods, across meadows and pastures. You might spot a deer or a fox, and if you are really lucky, even a bear.

The trail is, in principle, a hiking trail and is also marked as one in nature. With the exception of four parts where short detours are needed, it is also suitable for cycling. Hikers and cyclists can use the map of the Great Krpan Trail, where the hiking and the biking trail, as well as QR code for accessing GPS tracks and two suggested extensions of the trail are marked.

We suggest you start in Pivka, from where the trail leads across the Pivka Valley, over the forest massif of the Javornik Hills, and through the Lož Valley onto the Bloke plateau. It then continues at the foot of Mount Slivnica and at Lake Cerknica, all the way to the Rakov Škocjan Valley. What follows is an ascend across Kalič to Postojna, and then the return through the valley to Pivka. 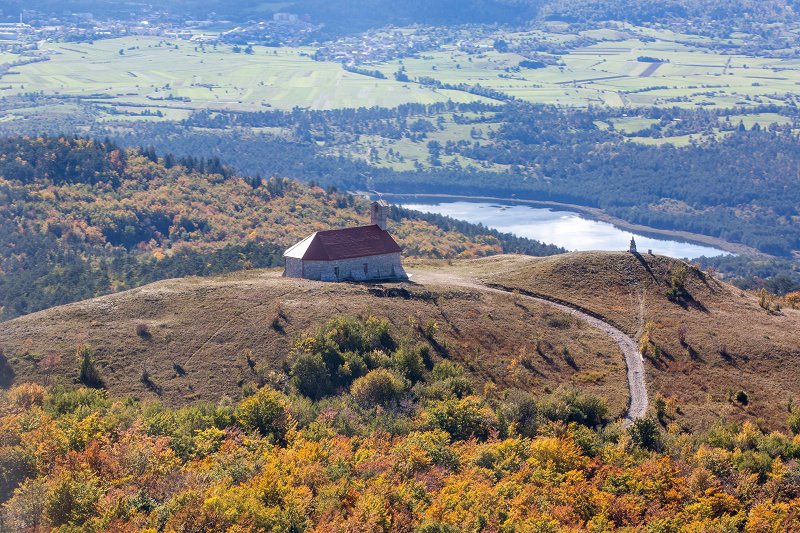 Ecomuseum of the Seasonal Lakes of Pivka