AMONG THE DEFENSE BUILDINGS OF THE NORTH ADRIATIC WAR LANDSCAPE 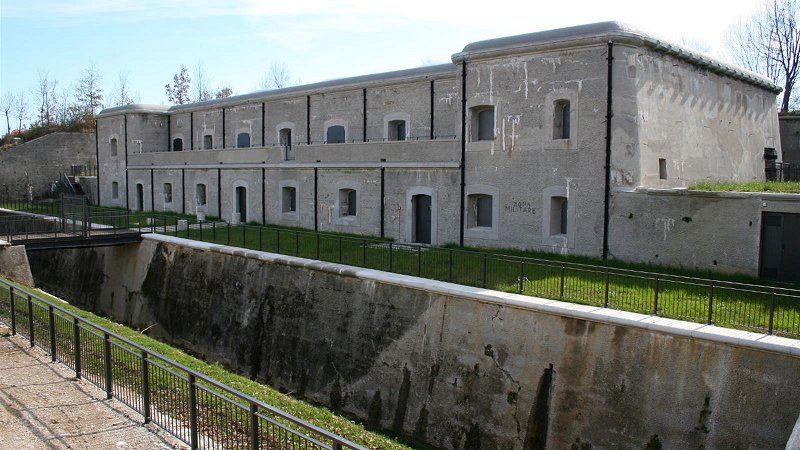 The Italian military fort of Col Roncone was part of the "Medio Tagliamento" defense line that stretched along the river of the same name to stop a possible Austro-Hungarian invasion. It was built between 1909 and 1912 to defend the bridges over the Tagliamento River, and inside it was divided into a kitchen, dining room, bedroom, and ammunition storage areas.

In the heart of the hilly part of Friuli, three forts (Col Roncone, Fagagna, and Santa Margherita) were planned to complement the other military positions in the area. Today we can only see the fort of Col Roncone, while the forts of Fagagna and Santi Margherita are inaccessible: the first because it does not have a path that bypasses the moat, and the second is still located in a military area.

The Col Roncone fortress is considered one of the best-preserved buildings from the First World War in Friuli-Venezia Giulia. You can explore the ground floor in its entirety, while the upper floor is inaccessible due to the collapsed stairs. Four steel cannons with a diameter of 149 mm were installed in it, which covered all four sides with six smaller ones (75 calibers). During the renovation, fiberglass domes were installed in the places where the cannons stood until 1915.

The decline of the Col Roncone fort, like most of the forts in Friuli Venezia Giulia, began shortly before the outbreak of the First World War when the need to strengthen the artillery at the front required the removal of cannons and usable iron from the forts. The fort thus never served its original purpose. It experienced its "baptism of fire" in 1913, but only for the needs of military exercises.

The fortress was reopened to the public on May 18, 2018, and today it is a cultural and artistic space and a starting point for various excursions.