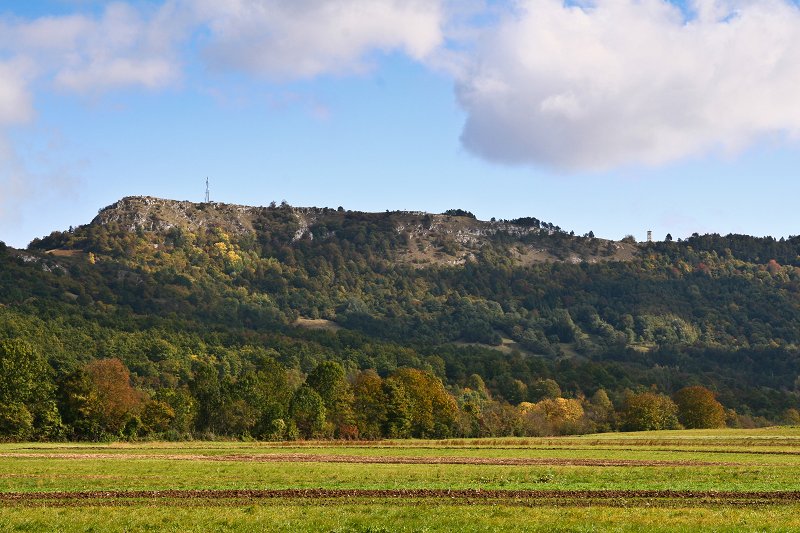 Explore the lost history of one of the largest fortified anti-Turkish complexes in Slovenia. Through the archaeological remains, touch the life of prehistoric settlements and follow the trail of the legendary salt smuggler along the Krpan route.

During the Turkish invasions, Šilentabor upon Zagorje (751m) became one of the largest fortified complexes in Slovenia, surpassed only by Celje Castle and Castel Kostel by Kolpa river.

It was built with the aim of protecting this area from Turkish incursions and preventing the Turks from accessing the central Slovenian area. At one of the most strategically exposed points of the wider area of Postojna Gate, you can therefore enjoy a view of Javorniki, Snežniški pogorje, Vremščica, Nanos, Brkini and Italy.

The ridge of Šilentabor separates the upper Pivka from the Košanska valley, and today only the church of St. Martin stands on it, with the tomb in which Andrej Danijel Raunach, bishop of the former Istrian diocese of Pičen, is buried. The church has foundations dating back to late antiquity. In its nave, you can find stone decorations of folk stonemasons, who in the 17th century spread across Pivka and left many traces on houses and churches. According to some assumptions, even the ancient Stridon, the birthplace of St. Jerome, one of the greatest church teachers, was supposed to stand here.

The only medieval castle in these parts was built next to Šilentabor, which was completed in 1471 when the Turks first arrived at Pivka. In its 50 huts and barns, residents of the surrounding villages from both sides of the ridge found shelter from the Turks and other robbers.