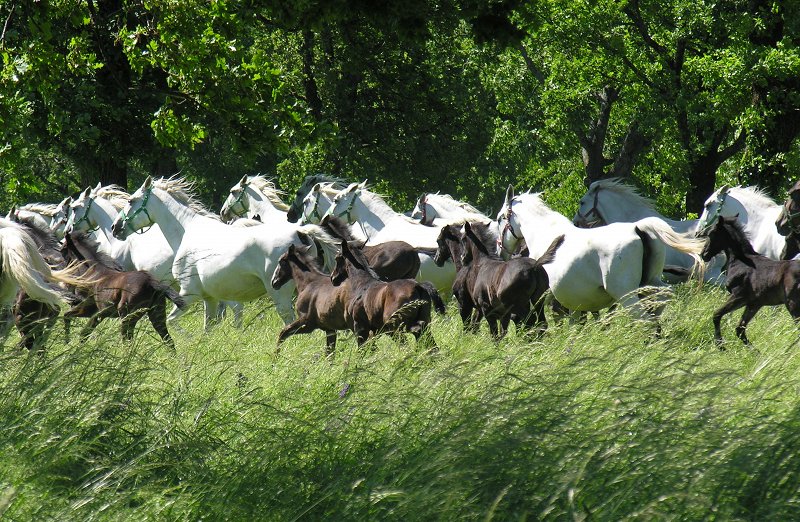 Visit the manor in which one of the oldest noble families in Slovenia lived. Enter a green oasis on the rocky Karst, where Lipizzaner horses are bred - noble white horses that are the pride of Slovenia.

The original owners of the Ravne manor, whose beginnings date back to the 14th century, were the Raunachs, one of the oldest families in the Austrian land of Carniola. Its member Martin Raunach accompanied Frederick III. to his coronation as German king in Aachen. His brother Jacob accompanied the same king ten years later on his way to Rome for his coronation as Roman-German emperor.

Ravne Manor was the seat of one of the largest noble estates in Slovenia in the 17th century, but for a long time very little was known about it. When the estate passed into the ownership of the Hohenwarts, one of Slovenia's most important European and oldest noble families, the manor was called "paradise on the Karst".

Right in front of the manor is a rich baroque garden under reconstruction, which was once planted with exotic trees, some of which are still preserved, and it also boasted four geometrically arranged flower fields and a fountain. The future renovation plans envisage the arrangement of a golf course, parking lots, and an apartment complex within the manor.

The rounded baroque complex with a central castle building, a park, a granary, and stables is one of the few completely preserved monuments of its kind in Notranjska, and a walk through it and under the 200-year-old avenue of linden trees evokes nostalgia.

The Lipica stud farm, the oldest stud farm in Europe, has pastures near the Ravne manor, and it also owns the castle stables. The latter became the home for breeding young Lipizzaner horses, once the showhorses of the Habsburg court. Every year in February, one-year-old foals are brought to the estate, and they stay at Ravne until they are four years old. Then they are taken back to Lipica, where they begin to train them for dressage riding. It was in Postojna and Pivška that during the Austro-Hungarian monarchy, the largest part of the Lipiški estate outside the mother stud farm was located.

Past the manor, there is a themed cycling route "Castle Route" that connects the manor to the Military History Park. The thematic cycling route was created as part of the MerlinCV project, cross-border collaboration between Interreg Italy and Slovenia. From there, it leads past the villages of Šmihel and Narin to Šilentabor, where the cycle path splits into three branches - one leads past the Kalc castle to Bača, the second to the village of Podtabor, and the third to the Jenezinovi on Ratečev Brdo.