Playful adventure on the streets of Postojna

Let's play! Add some excitement to your visit to Postojna by embarking on an adventure inspired by pure imagination.

Embark on the first outdoor adventure on the streets of Postojna. The game is set in the city environment and is designed to be played by a team of a minimum of 2 and a maximum of 5 players. It is full of puzzles and practical challenges and to finish the game you have to discover all the hidden hints, decipher codes and solve the riddles. Does it sound easy?

You have to book your slot beforehand and we will meet at the starting location 10 min before the start of the game. The team is given an encrypted bag belonging to Professor Gabriel and are explained the rules of the game. It is all up to you from there.

“In the 16th century, when this land was ravaged by the Turkish incursions, mystical creatures supposedly helped the locals with the defence. Some described them as beasts with a half-human form, others as monsters, others still as demons from the underworld. When the danger had passed and the town started developing, the stories of strange beings were almost forgotten. More than 300 years later, strange things started happening in the town. People are disappearing, huge scratch marks are appearing on buildings, and chilling non-human screams can be heard from Sovič Hill. The town’s government is desperate and calls on Professor Gabriel for help, an expert on supernatural phenomena and hunter of mystical beings in order to…”

Can you solve the puzzles, uncover the secret and finish Gabriel's work in 60 minutes? This adventure is suitable for everyone who enjoys solving puzzles, training their brain and spending an active holiday outdoors. 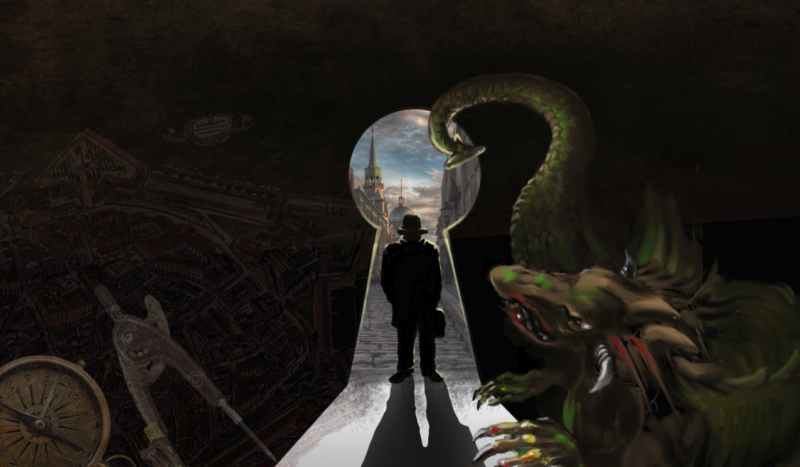