The Predjama treasure cache is on display in the Notranjska Museum Postojna as part of the permanent exhibition "Kras". The treasure find is one of the museum's biggest attractions. The find includes ten silver and gilded items of secular use: a chalice, three goblets, a cup with a cover, a cup, a windmill cup, a saltcellar, and two candlesticks. The silver items covered with gold are richly decorated with floral motifs and other figurations. Based on their form and style, they belong to the last quarter of the 16th century and the beginning of the 17th century. The treasure that lay buried and forgotten in the castle's cellar for centuries was discovered in 1991 during the thorough renovation of the castle complex when the building was also archaeologically researched. The Predjama treasure tells a story of social life, which took place at candle-lit tables when food and drink were abundant in Europe. The cup that could not be put down until it was emptied testifies to the great inventiveness and drinking habits at the turn of the 17th century. 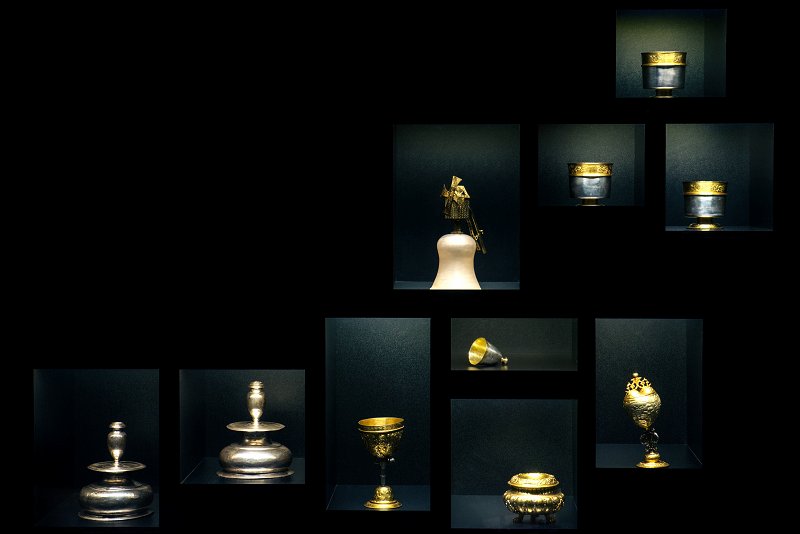