Explore the Križna Cave by boat

Discover one of the most beautiful and most well-protected karst caves, which enchants with its unusual water wealth.

Križna Cave is a more than 9-km-long underground water cave with numerous lakes, which you will also be able to explore on your 1-hour tour by taking a bout out on one of the emerald lakes. On a global scale, this cave is famous among karst caves for its subterranean lakes, which are divided by flowstone barriers. There are 22 lakes inside the cave, some of them can be up to 7 metres deep and can be navigated by boat. The cave is also an important archaeological site where many cave bear bones were discovered and is one of the most biodiverse caves in the world. As many as 45 different cave animal species were discovered here, which makes it the fourth most biodiverse cave in the world. Križna Cave is the only naturally preserved tourist cave in Slovenia, which is why there is no electric lighting or concrete paths inside. Most of the credit for the cave’s incredible natural preservation goes to some of the members of the Association of Križna Cave who dedicated a lot of time to the cave and passed on their valuable experience to younger generations. In order to preserve the cave’s natural environment, the number of visitors of the cave’s water section is limited to 4 persons daily (up to 1,000 visitors a year). Before entering, visitors receive rubber boots and a portable, rechargeable flashlight. 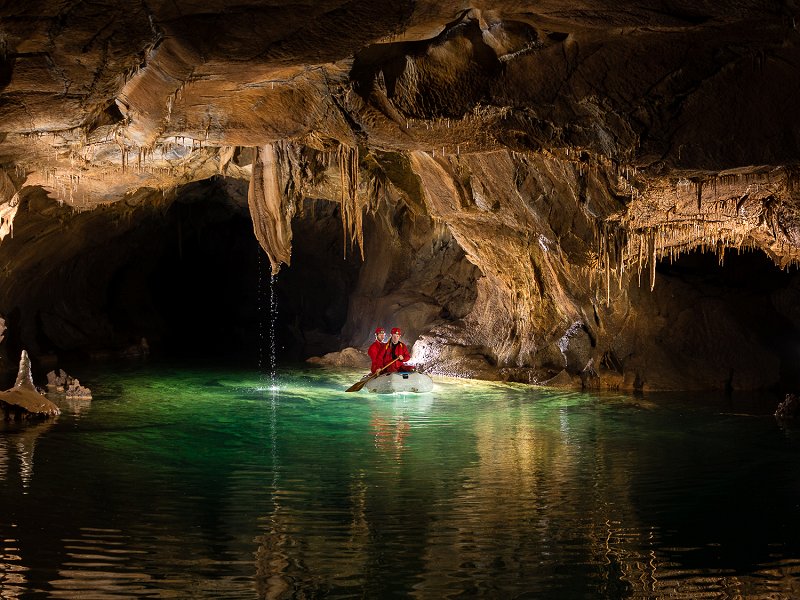 Please bring trousers, a sweatshirt and an extra pair of warm socks